Home | Stories | Laying Bare The Suffering In Our Midst

Laying Bare The Suffering In Our Midst What is the role of a faith leader amidst the COVID-19 global pandemic?

This past March, as I both settled into my new routine of self-isolation and read article after article about COVID-19’s rising infection rates and death tolls, I found myself asking many versions of this same question over and over again.

To find an answer, I went back — way back — to one of the earliest instances where we see the Christian Church responding to a natural disaster.

In the latter part of the fourth century, Basil of Caesarea embraced a relatively new, public role for a Christian leader, that of ‘lover of the poor.’ This role entailed preaching forcefully to the wealthy of the city, laying bare the hidden suffering of the poor in vivid terms and raising funds for food and medical aid. Many centuries later, this role continues to be of paramount importance.

A Famine in Caesarea

The winter rains had refused to fall in Caesarea in 369, in what is now modern-day Turkey, resulting in food shortages, panic among the rich and overwhelming hunger for the most marginalized citizens, immigrants and slaves. By 370, fear had taken root among the city’s landowners and they were unwilling to release grain from their storehouses.

In letters, sermons and a eulogy about Basil delivered by his friend, Gregory of Nanzianus, one finds the newly arrived bishop urging the landowners in stark terms to open their storehouses of grain both to gain their own salvation and so that the hungry might eat.

In his sermon I Will Pull Down My Barns, Basil tells a disquieted congregation about the poor man who must sell his beloved children in the slave market to feed the rest of his family. Such a story would have shocked those who were inconvenienced but not devastated by the famine, yet Basil pressed on, believing that the very humanity of the wealthy landowners was at stake. In his Homily to the Rich, he says, “Yet while it is uncertain whether you will have need of this buried gold, the losses you incur from your inhuman behavior are not at all uncertain… And I think that when it comes to this, as you are burying your wealth, you entomb it with your own heart.”

As a ‘lover of the poor,’ Basil laid bare the suffering that could so easily have been ignored and raised funds for a soup kitchen and what is now considered the first hospital in history. The Basiliad, as it would later be called, was staffed by physicians and clergy and offered medical treatment and trade skills to the impoverished sick of the region for centuries to come.

COVID-19 is impacting communities in radically different ways and, as is always the case with natural disasters, the poorest communities are among the most vulnerable and devastated. The infection and death rates are significantly higher among low-income communities of color, and an April Pew Research Center survey showed that 52% of low-income workers said they or someone in their household had lost their job as a result of this pandemic. In New York, the city where I live, unemployment is resulting in hunger — yes, real hunger — as feeding programs are overwhelmed by rising need.

If you, like me, have been wondering what faith leaders’ moral role is today, Basil of Caesarea offers an inspiring and faithful example. I believe that God is still urgently calling each of us to be a ‘lover of the poor,’ to step into the role of laying bare the suffering that is in our midst. 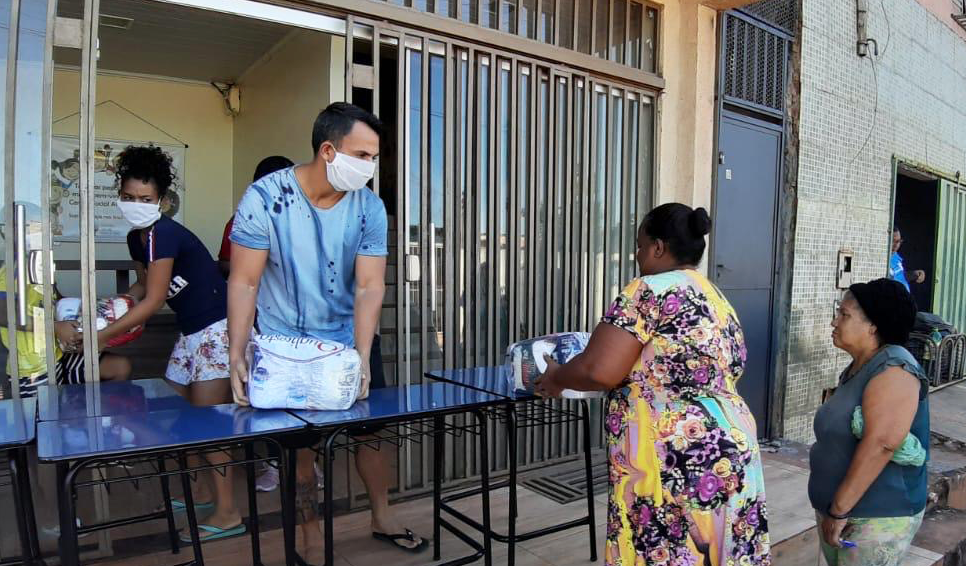 Following Basil of Caesarea’s legacy, Episcopal Relief & Development responds to this call by working with ecumenical and Anglican partners in the US and around the world. Through its disaster relief work, including responding to global pandemics such as COVID-19 and other major crises, the organization works to create lasting change in the lives of the most vulnerable.

Today, faith leaders can partner with organizations like Episcopal Relief & Development to respond to the needs of our neighbors.

This was adapted from a longer post about Basil of Caesarea from Miguel’s blog Wealth & Poverty in Christianity. 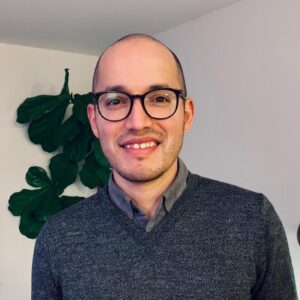 Miguel Escobar is Executive Director of Episcopal Divinity School at Union and is a board member of Episcopal Relief & Development.

Image 1: On the gates of the Cathedral Church of St. John in Albuquerque, New Mexico, face masks and prayers in ziplock bags (pictured) are freely available to the community; Image 2: Volunteers handing out supplies to local residents at the Brazil Anglican Social Center.